Following on from my post about challenging norms, I want to look at one of the techniques used to do this. Shock is as a common ingredient found in campaigns challenging established thinking. Whether that be the confrontation with a dying person in anti-smoking campaigns or the UK Government's modern slavery campaign, featuring the revelation of slavery taking place in a typical UK street. When confronting norms, it stands to reason that some form of shock be required, given the tendency of norms to be treated as facts of life, or "just the way things are". When it comes to following norms, we are on autopilot.

Shock can be derived in different ways. In perhaps its most obvious form, it can be found as brutal or gory imagery. Examples of this include the Art Workers' Coalition's anti Vietnam war poster, depicting massacred victims; and more recently PETA's anti fur trade campaign, featuring celebrities holding dead, skinned animals. Shock can also be derived from juxtaposing improbable elements, a technique often used by German Communist designer John Heartfield. 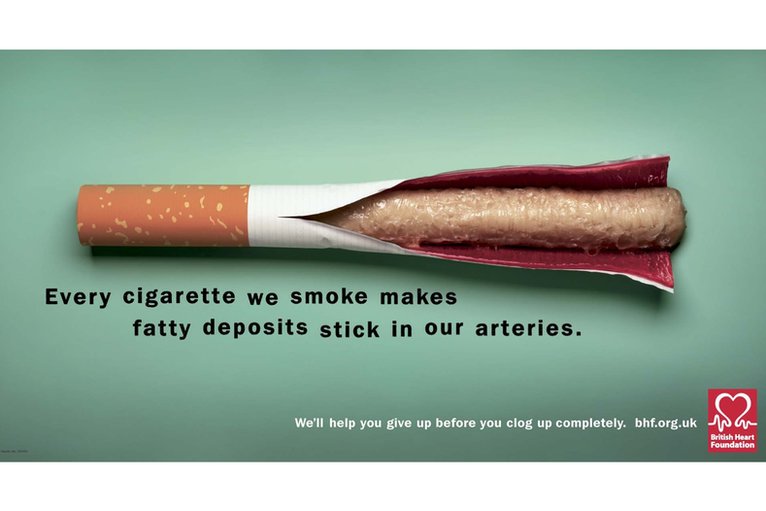 The fat filled cigarettes of the UK Government's anti-smoking campaign is an example of juxtaposition working to great effect. The success here - "43% of respondents spontaneously mentioned 'smoking clogs/makes fat stick in your arteries'" - was not of course a result of the viewer merely being shocked, the accompanying messaging was crucial. 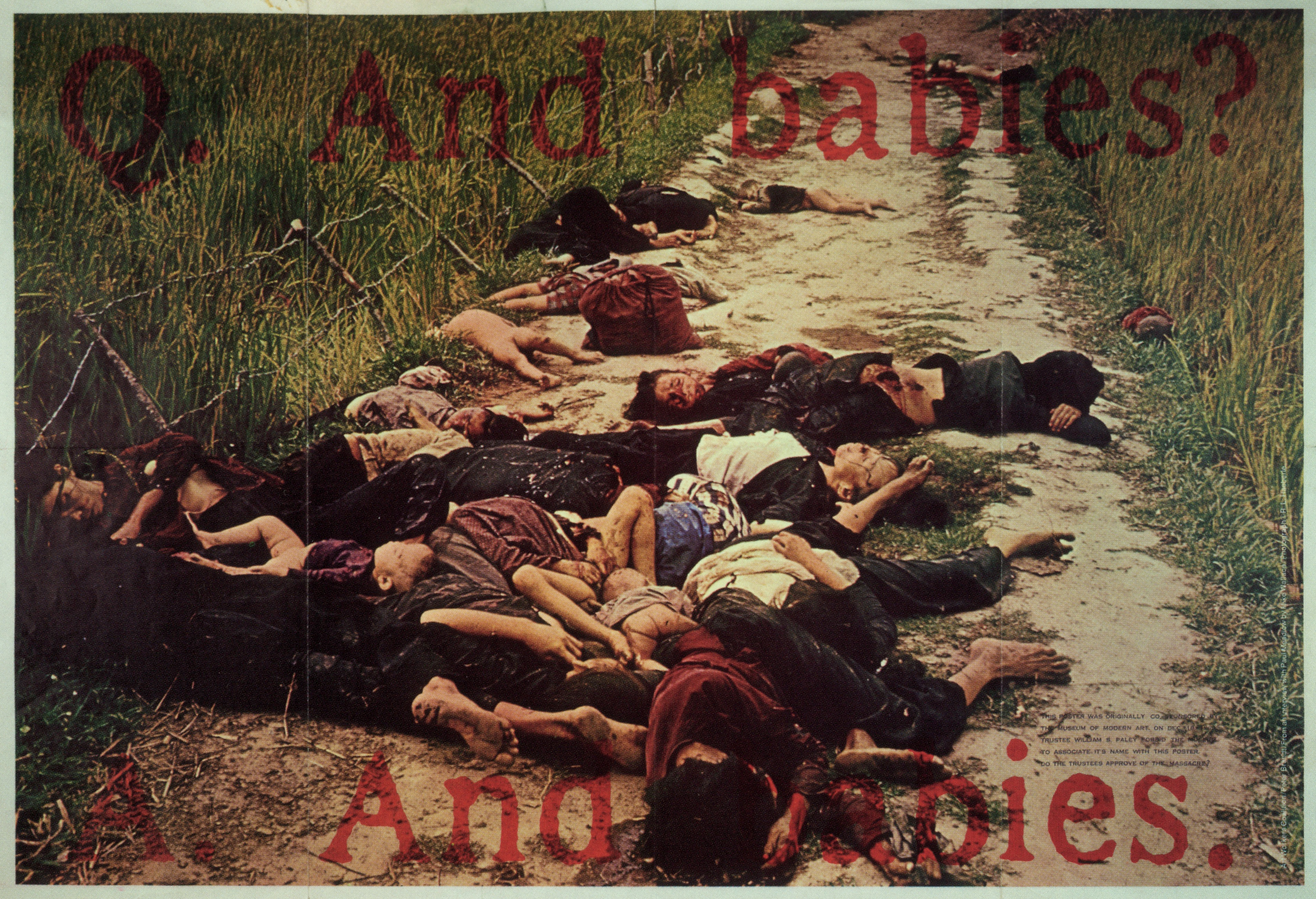 Shock itself should not be seen as the catalyst for change. Shock, I would argue, is best placed to prompt the viewer to disengage autopilot; or to put it another way, engage their mind. A campaign for positive change should be born of a fundamental truth, or at least an idea that will resonate with the viewer's values - "smoking is harmful to health", "unnecessary killing is cruel". The truth at the heart of the Art Workers' Coalition poster was that a decision to go to war, is a decision to kill innocent people; a decision that is brought into question with the text "And babies? And babies". It is in this truth, I would argue, that the power resides. 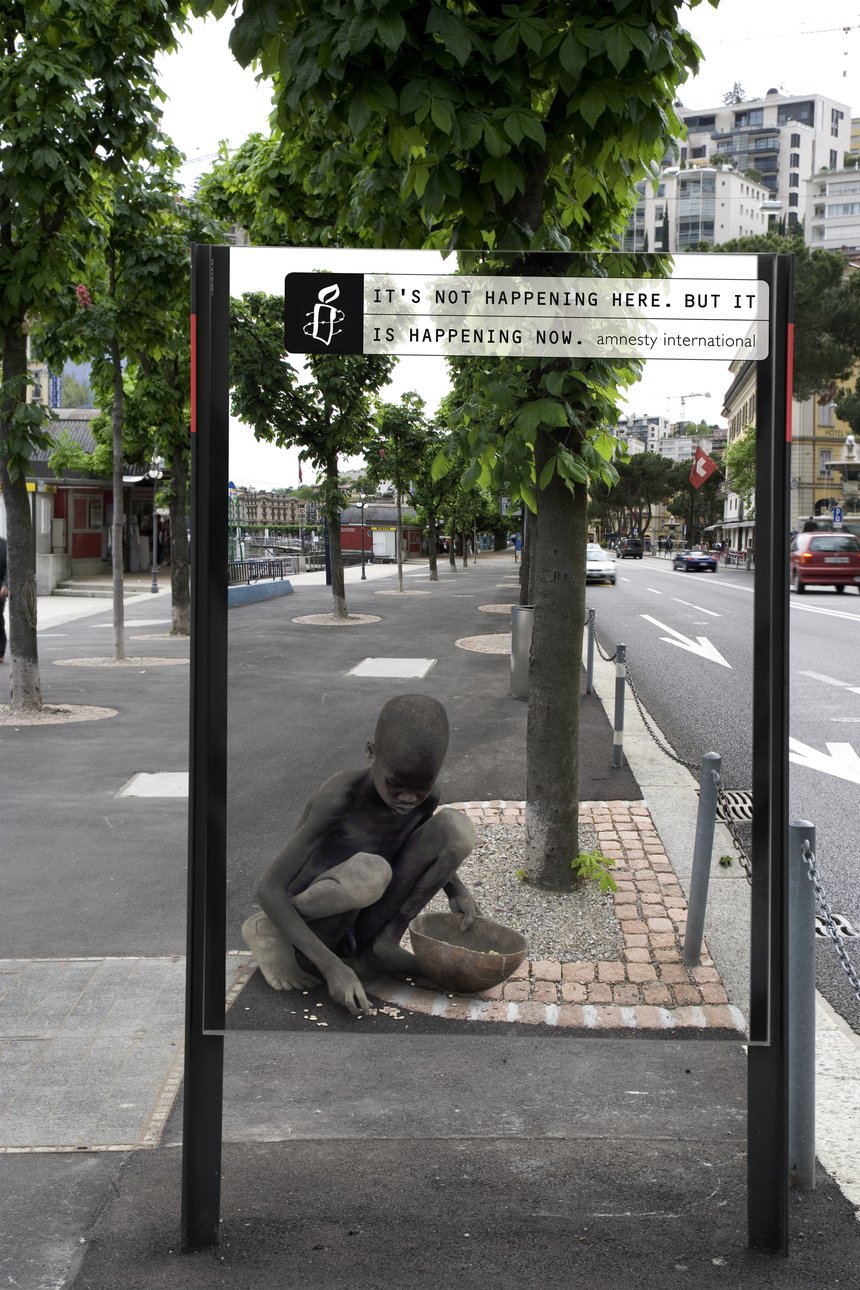 As D&AD wrote of the Amnesty International It's Not Happening Here, But It's Happening Now campaign, "What was needed here was the simplest truth being told in the simplest way. Something no one can argue with is harder to ignore."