Yesterday I received feedback on my Manif.es/to v1.0 from a group of my peers. The feedback came in the form of post-it notes. Many were very complimentary: 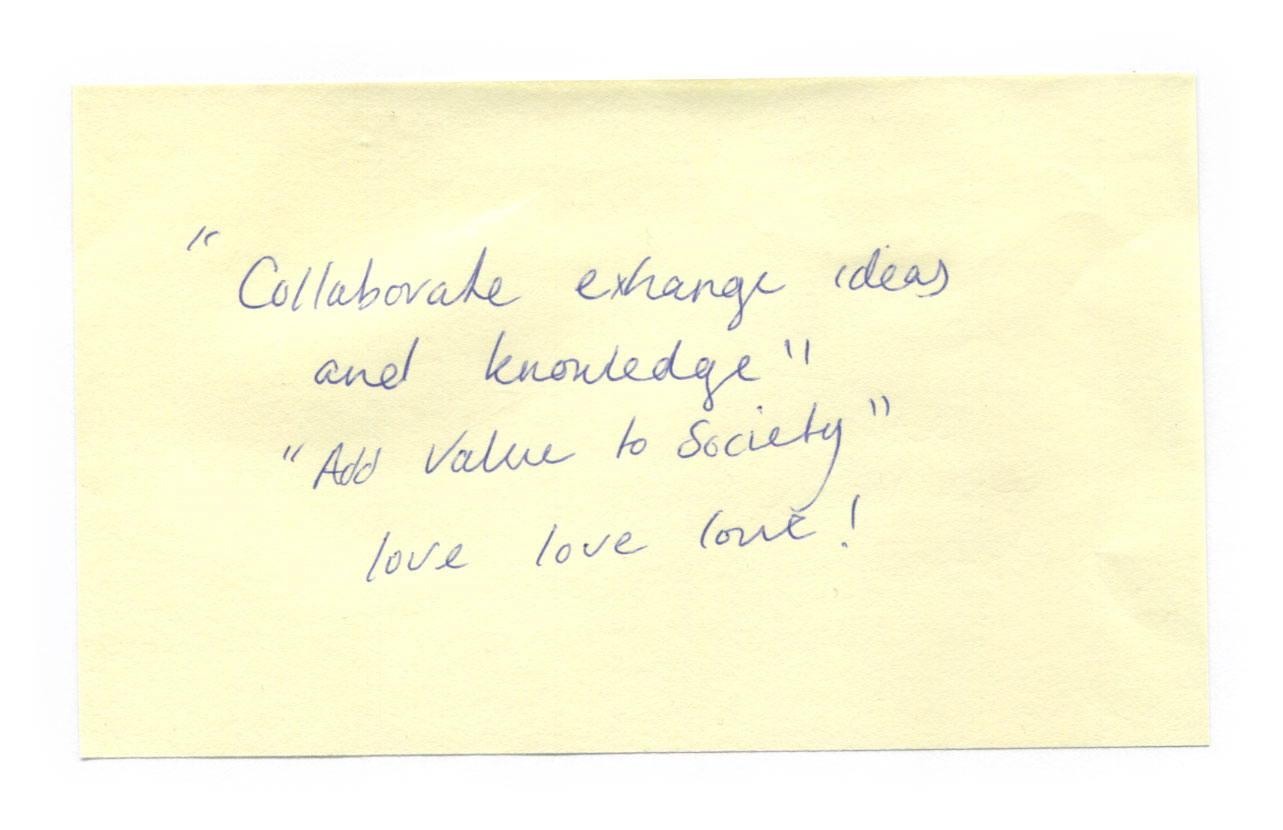 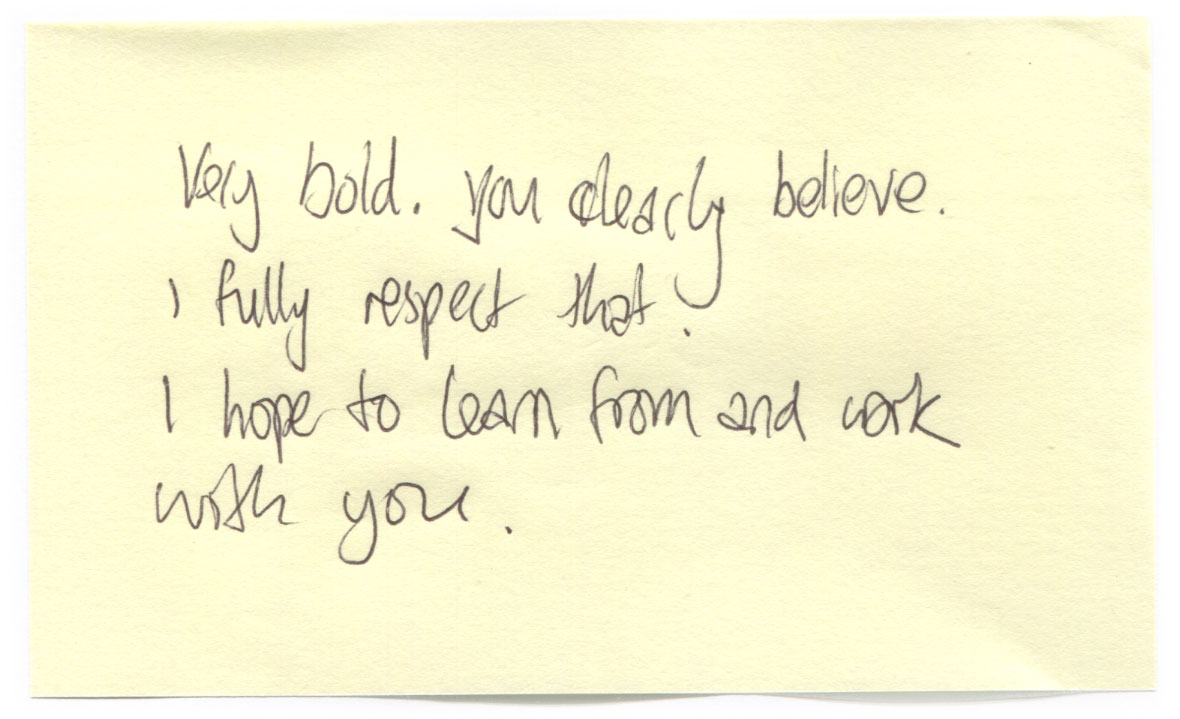 The most valuable to me however was this one: 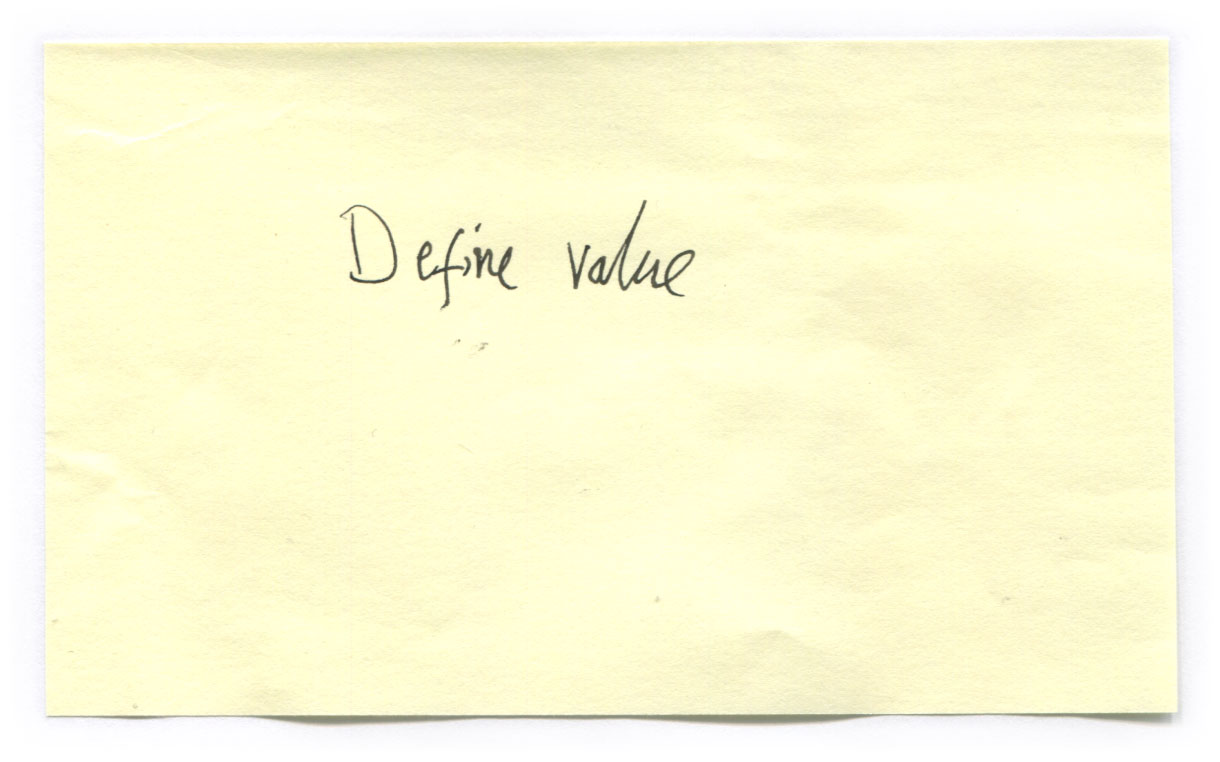 .06/ Elevate that which will add value to society. Do not waste effort manufacturing demand for that which is worthless.

This note neatly highlights where I have failed in at least one of my manifesto items. Most obviously:

To be fair, I did deliberately include the word “iterate” here, as a prediction that there will always be missing perspectives.

I could continue to defend myself by arguing that this is a personal manifesto, and so “value” means whatever I believe “value” to mean at a given time, and in a given context. By extension, anyone adopting this manifesto should consider what they believe to be valuable here.

While I think that this is a valid response, that it comes down to the conscience of the artist/designer, I don’t feel that it quite cuts it. As I think the commenter was alluding to, “value” is such a broad, complicated, and subjective term that it becomes almost meaningless in isolation.

I’d like to literally follow the suggestion on the post-it, and (attempt to) define “value”, in the context I was thinking about it at the time of writing. The second line in my statement is crucial here:

Do not waste effort manufacturing demand for that which is worthless.

The idea being, that if you find yourself having to manufacture demand or consent for something, then that thing is probably not adding value to the lives of your audience. At least not enough value, in those people’s opinions. So my definition of value here is very much tied to what the potential audience feel is beneficial, in some sort of instinctual way. As opposed to being sold something.

This is by no means a flawless definition. It immediately raises questions around, for example, who’s opinions you are seeking, the value of a majority vs minority view, people “instinctively” knowing what’s best for them. Not to mention the value to the person creating the work. It also assumes that the value of something is predictable and measurable. These are all points that I feel deserve further questioning, and hope to return to individually. Perhaps eventually explicitly referencing in the manifesto. When thinking about all this in the context of the manifesto though, I find myself returning to my earlier defence. These are questions entrusted to whoever is creating the work, those people are uniquely positioned to address them in the context that they are presented.